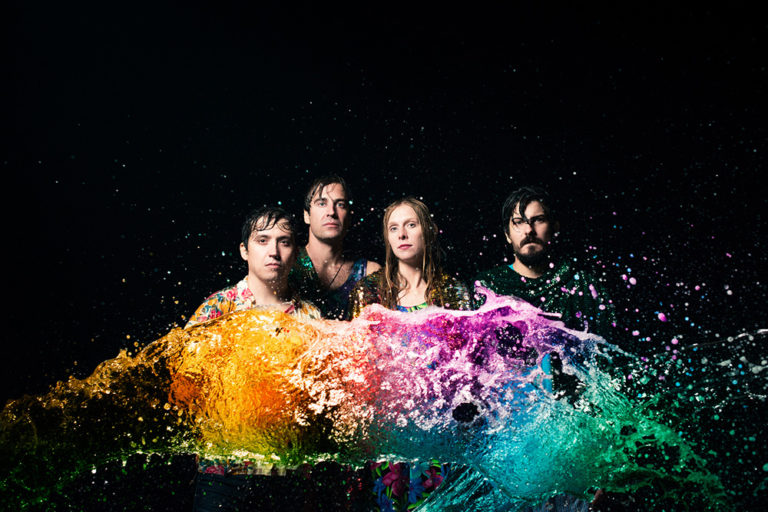 Ocellot was formed three years ago in the northern parts of Catalonia, Spain. The group had two members, Marc Fernandez, guitarist and vocalist and Elaine Phelan on synths. Since then the group has evolved into a five member piece and has recorded a self entitled EP «Ocellot» which was able to conquer the interest of specialized critics and the general public. Their first album «Molsa Molsa» was released in November 2013. With this new work, the band who are currently based in Barcelona, have perfected the very root of their music, bringing more consistency and personality to the basic but enveloping dose of psychedelia found in the loops characteristic to their music.

Amongst the principal features of this new album one can appreciate a special devotion to a sound inspired by the psychedelic and baroque nature of 1960s pop music, but interpreted in a very way. The new formation is made up of guitar and vocals, synthesizers and a good dosage of ethnical instruments. The rhythmic base is constructed upon an original baseline, classic drums and electronic pads. This formation allows the music of Ocellot to take on a whole new dimension when played live: more volume, intense, gliding and hypnotic. The vocals are a basic element of Ocellot’s music and even when sung in Catalan or English, they are always treated with the same captivating intention.

When we try to compare the music of Ocellot to that of other bands, we realize that it’s necessary to look further afield in order to do it with a certain critique. This makes us realize that we are faced with a work that is both innovating and risk-taking. Despite everything, this is a charming album, where the word ‘experiment’ isn’t used to make the audience more distant, but instead to make them dance pulling them closer and closer until they are completely absorbed into the music.

To date the band has played in major festivals around Barcelona and Spain, including Primavera Sound. They have been supporting act to groups such as Future Islands, Sun Araw, Gap Dream and Ganglians to mention but a few.

They are currently working on their next album which will be released early 2015. They hope to deepen and define even further their truly original sound and delve into the abyss of both its colourful and enigmtic soundscape.