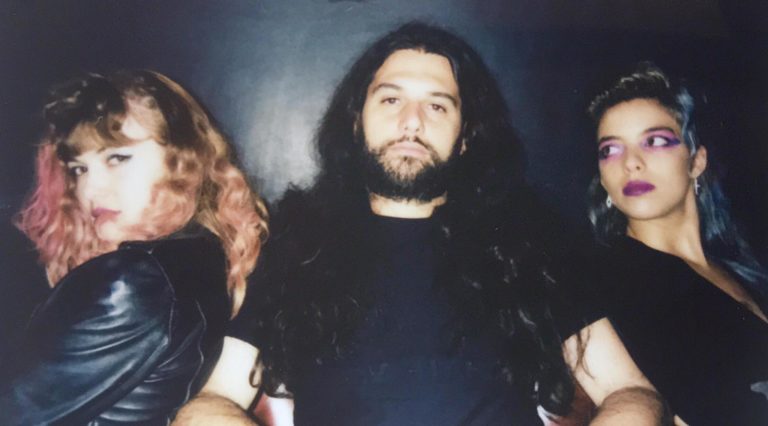 Side Chick is a high voltage garage glam trio that met through unusual circumstances — a hook-up app. As their name suggests, Side Chick, is the side project of Maïa Vidal (American indie pop artist who has made a name for herself across Europe), Eduardo Benatar (Venezuelan drummer for the Latin Grammy-nominated band Luz Verde), and Scarlett (young Barcelonian cosmic rock songstress). What started in early 2017 as a lark between Tinder matches, quickly blossomed into a full-fledged passion project, as the 3 musicians returned to their punk roots to create their first EP, produced by Alberto Pérez at Sol de Sants Studios.

Despite their differing musical backgrounds, ages, and nationalities, Side Chick’s sonic chemistry is undeniable. Throbbing bass lines, filthy guitars, and bittersweet synths, grind against vocals whose harmonies swing from sultry to angelic to deranged, while the drums bang out an insatiably danceable beat. With their infectious sound and wild attitude, Side Chick embodies the glittery 80’s and the irreverent 90’s.